related to vision including the eye, brain, and areas surrounding the eye. 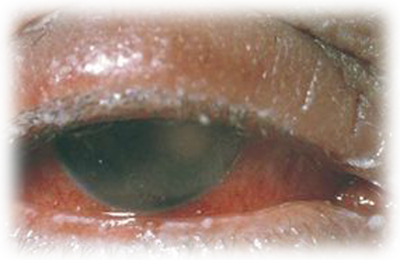 Blepharitis means inflammation of the eyelids. This condition is usually mild and is due to blockage of the oil glands which open along the edge of the eyelid just behind the eyelashes and causes some “dandruff–like” or crusty material forming on the eyelashes. Blepharitis may cause your eyes to be red, irritated, watery or tired, due to inflammation and change in the balance of the tears. It may also be a cause for eyelid cysts (chalazion) to form, but it does not threaten vision. The changes in the eyelid develop over a long period of time. This means that the treatment should not be expected to work quickly. The symptoms may not improve until 4 to 6 weeks after commencement of treatment. Regular and careful attention to eyelid hygiene is required to control the condition. Blepharitis can be managed, but it cannot be cured. 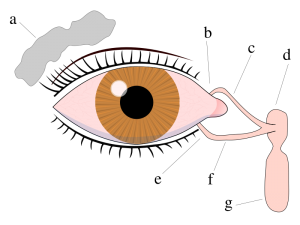 Blocked tear ducts is a fairly common condition affecting children – up to 30% of babies. Unborn babies have a membrane blocking the opening of the tear duct into the nose which normally opens about the time of birth. Occasionally, in about 5% of babies, the membrane does not open causing a blocked tear duct. There are other causes of blocked tear ducts, but this is easily the most common cause.

Tears are continuously secreted by the tear gland to lubricate the eye and keep it moist. These tears are drained away from the eye through the tear duct. When the tear duct becomes blocked, the eye waters constantly and the tears drain down the child’s cheek. The eye may become crusty and a discharge may be evident – due to infection.

The majority of blocked tear ducts recover on their own – approximately 90% of cases spontaneously resolve themselves. Some cases will require intervention – a simple procedure such as a probing. 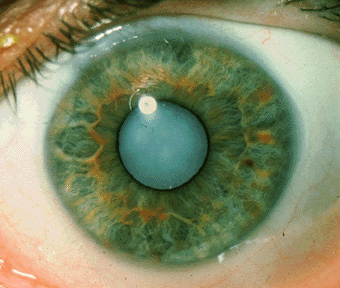 A cataract is a natural clouding of the lens which restricts the light reaching the retina resulting in blurry, dull vision. It is estimated that over 20 million people worldwide suffer from this condition. Cataracts can be caused by eye injury, eye diseases and even some medication, but the majority of cataracts are simply a result of aging. There have been studies relating cataracts to prolonged UV exposure which is why it is always a good idea to protect your eyes in sunny weather.

Fortunately the treatment of cataracts has advanced greatly over the last few years. Modern cataract surgery involves the removal of the diseased cataract through a tiny incision, and a replacement lens being inserted. As this procedure is relatively straightforward and can be completed within a short period of time, cataract surgery can be performed as day surgery.

As with any surgical procedure, there are risks, which is why it is important that you fully discuss your individual case with your ophthalmologist. 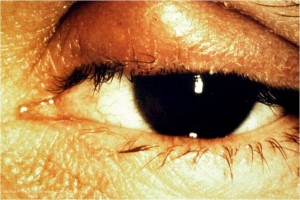 Chalazion is a cyst in the eyelid that is caused by inflammation of a blocked gland, usually on the upper eyelid. Chalazions differ from styes in that they are usually painless apart from the tenderness caused when they swell up, and in size (chalazia tend to be larger than styes). A chalazion may eventually disappear on its own after a few months, though more often than not, some treatment is necessary. Treatment usually consists of eyelid hygiene or a formal incision and curette. 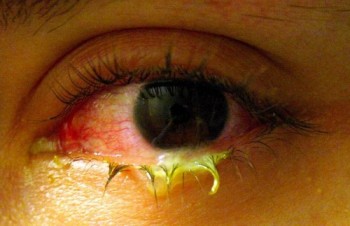 Conjuntivitis is an inflammation of the conjunctiva the thin, clear tissue that lies over the white part of the eye and lines the inside of the eyelid. Symptoms typically include a redness in the white of the eye, greater tear production, a discharge from the eyes, itchy eyes, light sensitivity and blurry vision.
Image Attribution: Tanalai
There are a number of different causes of conjunctivitis: viral, bacterial and environmental. The leading cause of a red, inflamed eye is a bacterial infection. Bacterial conjunctivitis symptoms are usually associated with more of a discharge that is green or yellow in color. Both bacterial and viral conjunctivitis are highly contagious and airborne, but usually resolve themselves in 7 to 10 days after symptoms appear. 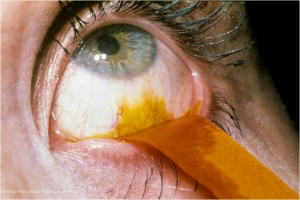 Dry eyes is a condition where the eyes do not produce enough “lubricating” tears. These tears keep the eyes moist and protect the eyes from environmental effects such as pollution or particles. If you suffer from dry eyes, you will experience some irritation of the eye. This is usually characterised by blurry vision, redness, a gritty sensation or a tiredness of the eyes, especially in dry, dusty or windy conditions. Ironically, having dry eyes may result in the over-production of tears resulting in a watering of the eyes as the tear gland tries to compensate for the dryness, but these “non-lubricating” tears may not help. 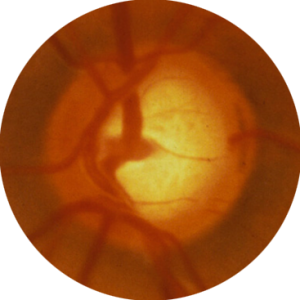 Glaucoma is a condition of the eye where the optic nerve, which transmits visual information to the brain, gradually becomes damaged. This damage is usually caused by an increased pressure inside the eye – intraocular pressure – though nerve damage may still occur at a relatively low pressure.

Glaucoma has been nicknamed the “sneak thief of sight” because the loss of peripheral visual field often occurs gradually over a long time and may not be noticed by the patient until it is quite advanced. Once lost, this damaged visual field can never be recovered. Worldwide, it is the second leading cause of blindness. Glaucoma affects one in two hundred people aged fifty and younger, and one in ten over the age of eighty.

Untreated glaucoma leads to permanent damage of the optic nerve and resultant visual field loss, which can progress to blindness. 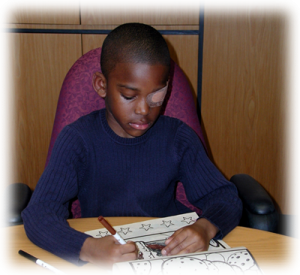 Under normal conditions, each eye sends a visual image to the brain which processes the information. With amblyopia, however, one image is not as good as the other which leads the brain to favour one image above the other. Eventually, the brain will ignore the deficient image from one eye which impairs the development of vision in that eye hence, a lazy eye.

Detecting the condition in early childhood increases the chance of successful treatment. Treatment usually consists of patching the good eye, which forces the amblyopic eye to function, causing vision to improve. 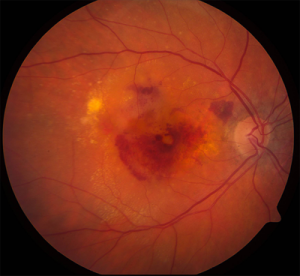 The macular is an area at the back of the eye (retina) where light is focused. This area of the retina is responsible for our central sight, which we use for detailed tasks such as reading or recognising faces. Macular degeneration is a medical condition where the macular deteriorates and results in a loss of vision in the center of the visual field. This makes it difficult, even impossible, to perform detailed visual tasks, although often enough peripheral vision remains to allow other activities of daily life.

As the macular commonly deteriorates as a result of the aging process, it is a major cause of blindness in the elderly. Although some macular dystrophies affecting younger individuals are sometimes referred to as macular degeneration, the term generally refers to age-related macular degeneration (AMD or ARMD). 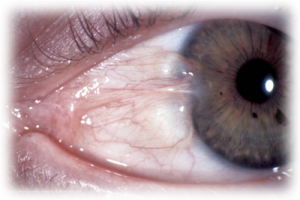 A pterygium is a wedge-shaped skin growth that covers the white part of the eye. It commonly grows slowly from the nasal side and may extend to the iris and even the pupil. Prolonged UV exposure is considered a factor in the development of pterygium, which is why it is always a good idea to wear sunglasses when outdoors.

If a pterygium becomes too large it may cause pain, redness, irritation, and interfere with vision or cause other complications, in which case surgical intervention under local anaesthesia may be necessary. Otherwise the pterygium may be left alone.

As with any surgical procedure, there are associated risks, which is why it is important that you fully discuss your case with your ophthalmologist.